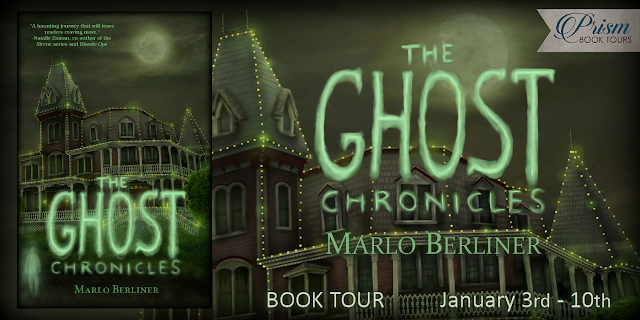 On tour with Prism Book Tours.

Book Tour Finale for
The Ghost Chronicles
By Marlo Berliner

We’ve delved into what it would be like to be a ghost in the afterlife, met Michael and Sarah, and learned more about the book’s setting. If you missed any of the stops, feel free to go check them out now…

What is your motivation behind The Ghost Chronicles? What do you hope readers take with them after they’ve read it? 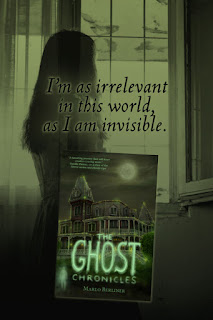 Teatime and Books – The Characters

My hero, Michael Andrews, is very much drawn from my own two boys, Michael and Andrew. Both of them are tall, handsome and athletic. In my story, Michael Andrews is an eighteen year old basketball star with a promising future, set to play for University of Pittsburgh after graduation. He has an impressive build and more importantly, a strong character.

Since Sarah is supposed to be Irish, I decided she would have long, wavy red hair and emerald green eyes. I wanted her to be a character as full of life as Michael. Her spirit is said to be playful and mischievous, so that’s the kind of character I was aiming for.

I am not one who typically reads books more than once, but this one will remain on my Kindle to read again in the future. That doesn’t happen often, but when I find a book like this, it’s a treasure to hang on to!

The Angel of the Sea is one of the most recognized Victorian structures in the United States. Legend has it that in the late 1960’s, a girl fell to her death at the Angel of the Sea and did at one time, haunt the inn. The story of the girl has been included in several non-fiction books about ghosts in Cape May. My heroine in THE GHOST CHRONICLES, Sarah McConnell, was inspired by this legend. 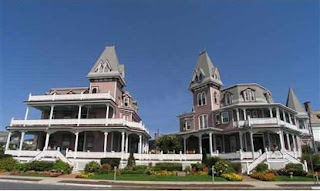 As he opened his eyes, his vision blurred. After a few seconds, the inside of his car came into focus and his mind flashed through the last scenes in his memory. I was driving…there was a bend in the road…and sunlight reflecting off the grill of a truck…

No matter how he tried to joke about it though, he couldn’t shake the feeling someone, or something, was watching him from the darkness. He stopped and stood stock-still, listening. 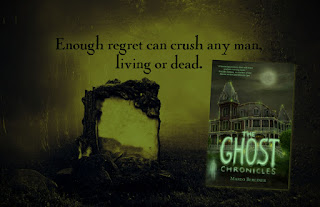 To me, the best ghost stories are those that portray spirits in a realistic, believable way. In order to get past the suspension of disbelief, we need to be able to see ourselves in their shoes and buy into the possibility that there may be something beyond this earthly existence.

“I was pulled right into this story about Michael’s trials and learning about how to be a ghost. It was really interesting to see his struggles with leaving his family and girlfriend behind, especially in the absence of his father. . . . I will definitely be reading the second book!” 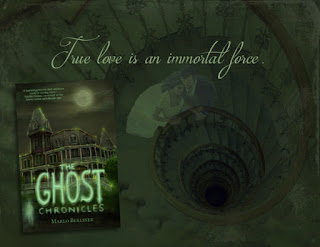 To me, the best stories are those that forge an emotional connection with the reader. And what forges a better connection than a romance? In writing THE GHOST CHRONICLES, I realized about a quarter of the way through that it was missing something. This was Michael’s story of being stuck in the afterlife, but it needed more. The story really came together when I had the epiphany of adding Michael’s romance with another ghost, Sarah.

This was a well written, steadily moving, paranormal tale. . . . The characters are well defined and very realistic. The scenes are easily visualized. The Title and Book Cover are more than “fitting”. 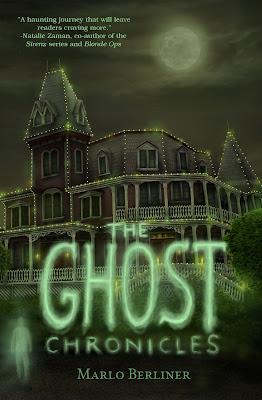 When she’s not writing or editing, Marlo loves reading, relaxing at the beach, watching movies, and rooting for the Penn State Nittany Lions. After having spent some wonderful time in Pittsburgh and Houston, she’s now back in her home state of New Jersey where she resides with her husband and two sons. This is her first novel.

4 thoughts on “Book Tour for THE GHOST CHRONICLES – Grand Finale!”