We’re celebrating the highly anticipated release of THE GHOST CHRONICLES 2! 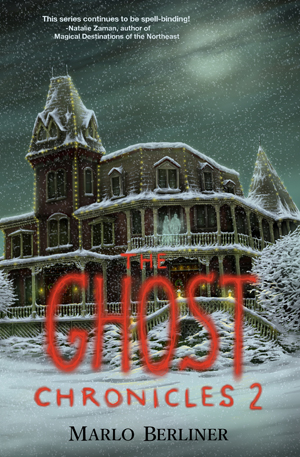 What’s there to fear if you’re already dead?
Plenty.
Michael and Sarah now know for certain, there is a destination after death.
They also know they better find their way out of the afterlife fast, before the devil claims Michael’s soul.
What they don’t know?
Before they can get to heaven…
they may just have to go through hell.

*Inspired by the legend of a haunting at the famous Angel of the Sea bed and breakfast in Cape May, NJ*

Praise for THE GHOST CHRONICLES series:

“…Berliner’s touches give her novel innovation…” and“…dramatic and paranormal elements give this winsome tale flavor.” – Kirkus
“A haunting journey that will leave readers craving more.” – Natalie Zaman, co-author of the Sirenz series and Blonde Ops
“[One] of the best indie YA books we have seen in the past year, from both self-publishers and small presses.” – IPPY Magazine

The book is now available in print and e-book from 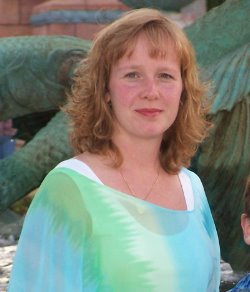 Marlo Berliner is the award-winning author of THE GHOST CHRONICLES, her debut book which was released in November 2015 to critical acclaim. The book won the 2016 NJRW Golden Leaf Award for Best First Book, was named FINALIST in the National Indie Excellence Awards for Young Adult Fiction, received the Literary Classics Seal of Approval, was awarded a B.R.A.G. Medallion, and was named one of the “best indie YA books we have seen in the past year, from both self-publishers and small presses” by IPPY Magazine. Marlo writes young adult, women’s fiction, and short stories. Visit her at marloberliner.com or on Twitter and Instagram @marloberliner.

To celebrate, we’re giving away a $20 Amazon e-gift card (open to anyone who can receive and use an Amazon e-card) Just click on as many options as you like and enter!

Leave a comment or question about the book and I’ll be happy to answer!